Manhattan West is one of Brookfield’s most ambitious large-scale development projects. The eight-acre, six-building mixed-use complex includes all the elements of our renowned placemaking destinations throughout the world, including our award-winning, year-round Arts Brookfield entertainment program.

Located in New York City’s emerging Hudson Yards district in a “superblock” that stretches from 9th Ave to 10th Ave and from 31st to 33rd Streets, Manhattan West is a testament to the value of long-term thinking and the capabilities of an experienced, vertically integrated team.

​​When complete, Manhattan West will have transformed a blighted, underutilized area into a dynamic urban neighborhood, while creating significant value for investors. The site is a showcase for our placemaking ethos, with more than seven million square feet of state-of-the-art office space, luxury apartments, a boutique hotel, carefully curated retail and restaurants, and two acres of thoughtfully designed open space. 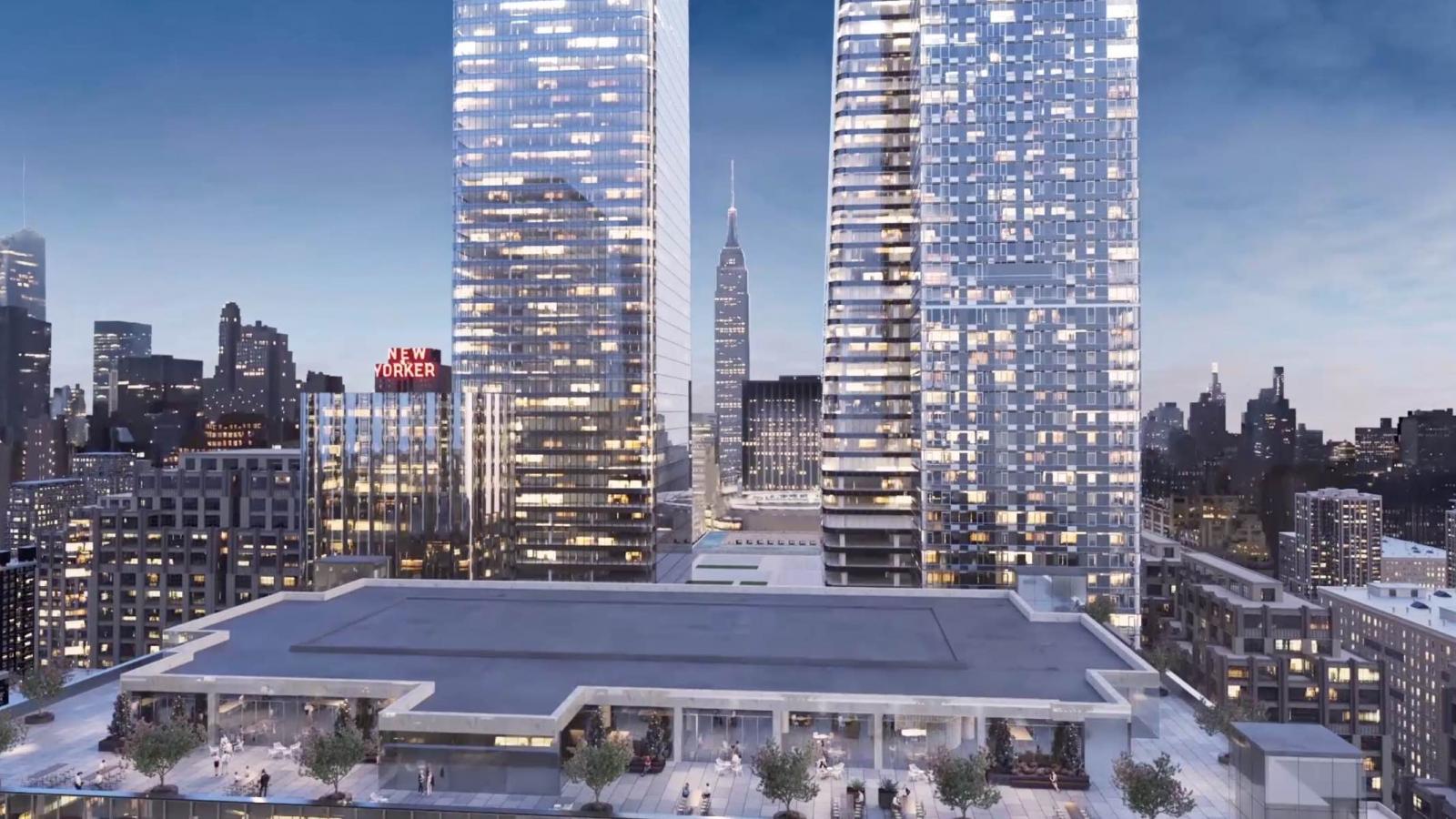 The development has drawn major corporate tenants away from other parts of Manhattan, following the recent migration trend to the south and west of the city as companies seek a more modern, 21st century approach to amenities and live/work spaces. The site’s unequalled access to transportation is a key draw—sitting between the soon-to-be-redeveloped Penn Station and the new #7 subway line at Hudson Yards, it offers convenient access to the NYC subway system, the Long Island Railroad, New Jersey Transit and Amtrak.

The origins of Manhattan West date back to 1985, when Olympia & York, a predecessor company of Brookfield, purchased a parcel of land at 31st Street and 9th Avenue. At the time, the area was a wasteland of garages and warehouses, deserted after sundown. In 2006, we added a second parcel at 9th Ave and 33rd St. Later, when the Bloomberg administration added development incentives to a rezoning of the area, the vision for Manhattan West began to take shape.

In 2011, we purchased a 16-story office building that had been converted from a warehouse at 450 West 33rd St, and invested about $300 million to create a modern, sought-after office building that has been integrated into the new construction at Manhattan West. Today, more than 1.8 million square feet of office space is occupied by quality tenants, including Amazon and R/GA, as well as new technology and FinTech companies.

The vision and scope of Manhattan West were at once a civic challenge, a real estate challenge and an engineering challenge. One significant obstacle was the need to build a platform above the railroad tracks leading out of Penn Station westbound into the Hudson River tunnel, even as those tracks were carrying tens of thousands of commuters every day.

The solution used precast bridge technology and a specialized horizontal gantry to lift and place the platform segments. Dubbed “The Launcher,” the $7 million Italian-designed machine was conceived specifically for Manhattan West and constructed on site.

In addition to the major engineering challenges, the project also required coordinating multiple approvals from city, state and federal agencies. Our vertical integration enabled the team to take a holistic view of the project and capitalize on in-house expertise in design and construction, operations, and office and retail leasing.

Beyond its positive aesthetic and economic impact on the area, Manhattan West is a model of sustainable development and renewable technologies in action. We expect LEED certification for enhanced energy efficiency, indoor air quality, high-performance glazing and other innovative green building technologies.

Above all, Manhattan West reflects a superior approach to value creation. After our substantial investment of nearly $5 billion to build and develop, when fully leased the project is expected to be valued at approximately $8.6 billion.