When thinking about the legacy of COP26, it helps to take a look back. Not to November 2021, when the conference took place in Glasgow, but to 2015, when COP21 concluded and the Paris Agreement was born.

That agreement was successful because it became the reference point for every investor focused on sustainability—on what it meant to contain climate change. We believe the outcome from COP26 will ultimately mainstream the climate transition so that the core of the global financial system takes climate change into account when making investment and lending decisions.

The Paris Agreement committed countries to limiting the global average temperature rise to well below 2 degrees Celsius above pre-industrial levels—with 1.5 degrees as a stretch target. Six years later, the G20’s Leaders pact in Rome, and the Glasgow Climate Pact at COP26, sharply increased country pledges. The new consensus is that we must limit the Earth’s temperature increase to 1.5 degrees Celsius above pre-industrial levels.

One of the most important achievements of COP26 was to provide a consistent framework for capital markets and companies to operate in. As a result of COP26, the “plumbing” is now being built for a net-zero financial system that will bring climate change into the core of financial decision-making. Already, leaders are allocating capital to seize the opportunities in the net-zero transition. These will only expand as the transition mainstreams.

COP26 has changed the incentive structure for companies to transition to net zero. This creates an enormous opportunity for investors, especially those who are able to tap into large-scale capital and leverage operational expertise.

Why a Half-Degree Makes a World of Difference

In 2018, the Intergovernmental Panel on Climate Change examined the differences in the effects of a 1.5˚C temperature limit versus those at 2˚C, along with the differences between the emissions pathways for achieving those goals. They found the climate impacts to be severe in the 1.5˚C scenario, and that they become significantly worse with 2˚ (see Appendix).

Changes to the plumbing of the financial system are moving climate change from the fringes to the forefront.

These changes include mandatory climate disclosure, climate stress testing, science-based transition plans, portfolio alignment and frameworks to wind down stranded assets. These developments will bring climate change into the core of financial decision-making.

Standardizing climate disclosure ensures that financial institutions have the climate information they need to manage risk and seize opportunities. The Task Force on Climate-Related Financial Disclosures (TCFD) launched at COP21 provides standards, and many leading companies and financial institutions have chosen to apply them. But the private sector has taken this about as far as it can on a voluntary basis. If we want comprehensive, consistent and comparable disclosure, climate disclosure must become mandatory.

Europe, the U.K. and the U.S. are moving forward. Europe has legislated this disclosure through the European Financial Reporting Advisory Group (EFRAG), and the U.K. is mandating disclosure. In the U.S., meanwhile, the Securities and Exchange Commission has just released its draft mandatory climate disclosure.

In addition, a new accounting body, the International Sustainability Standards Board (ISSB), made its debut at COP26. It will target a formal standard for sustainability disclosure that will ultimately apply in 130 countries. The ISSB was immediately endorsed by 40 of the largest countries in the world at COP26, covering 75% of global emissions. This includes all the major emerging economies, such as China, India and Brazil.1 The first draft of this formal standard from the ISSB, based on the TCFD and Sustainability Accounting Standards Board (SASB), was released in March 2022.

Changes to the plumbing also mean widespread climate stress testing to reveal the mounting physical risks if the world stays on its current path. It also reveals the scale of stranded assets should the world succeed in its mission to control the climate. The Network for Greening the Financial System (NGFS) has grown dramatically such that 75% of the world’s emissions are or are about to be subject to a climate stress test.

Over the past two years, the number of companies with science and target-based net-zero transition plans is up five-fold to over 5,000 today. Science-based plans are pathways that depend on the sector that a company is in, and they are on their way to becoming the norm. One of the announcements at COP26 was that the U.K. will mandate transition plans for all listed companies.2 While different jurisdictions move at different speeds, the U.K.’s actions here might be a prologue for what other countries will do.

The alignment of portfolio investments with climate goals is another important consideration. Investors and creditors will demand to know how their clients’ money is invested for the transition. Existing climate-related measures serve an important purpose, but they aren’t yet as forward-looking, robust and useful for decision-making as they need to be. As momentum behind decarbonization continues to build, we expect to see more progress in this area.

Climate Change to the Forefront

The last change needed to the financial system is a framework for addressing stranded assets—assets tied to fossil fuels that will no longer able to generate an economic return after the transition. For example, coal provides much of the electricity for many developing nations and is a major source of employment for those countries. Therefore, it can’t be “turned off” overnight; a process needs to be instituted to wind down reliance on fossil fuels in these countries.

According to Carbon Tracker, a think tank focused on the energy transition, asset stranding risk via unsanctioned assets is severe, even in a slower, “well below 2 degrees” pathway.3 While many companies are taking steps in the right direction to address stranded assets, such as setting targets for abatement, governments and policymakers will need to do much more.

For example, more advanced economies could provide support to developing economies in the form of subsidies to keep resources in the ground.4 This idea may be gaining traction; at COP26, a partnership between Germany, the U.K., the U.S., France and the EU was announced to support South Africa in its energy transition with a focus on coal.5

Getting the Capital Flowing

Through the Glasgow Financial Alliance for Net Zero (GFANZ), over $130 trillion of capital from 450-plus firms across 45 countries is now committed to transforming the economy (see Figure 1). As a result, 40% of the world’s financial assets are pledged to net zero.

At its core, GFANZ is building an architecture to ensure that the entire financial system is moving in the same direction to help companies get the capital they need to decarbonize.6

Loans and investments from GFANZ members will not only fund green projects, like renewables, but will also go where the emissions are—like autos, steel and cement—and back those companies with plans to decarbonize. Conversely, GFANZ members will withdraw capital from companies in their portfolios that aren’t moving fast enough. In other words, members will own all the indirect emissions that occur across the value chain of the reporting company, including both upstream (of suppliers) and downstream emissions (of customers in the use of their products or services).

GFANZ is essentially changing the incentive structure for decarbonization. This will be the key in helping companies decarbonize because reducing emissions requires a lot of capital. In fact, by the mid-2030s, incremental infrastructure investment is forecast to result in an additional two percentage points added to the growth rate of global GDP.7 About half of this investment is expected to come from access to clean power generation, including the electrification of transport and industrial processes.

Figure 1: 40% of the World's Financial Assets Are Pledged to Net Zero 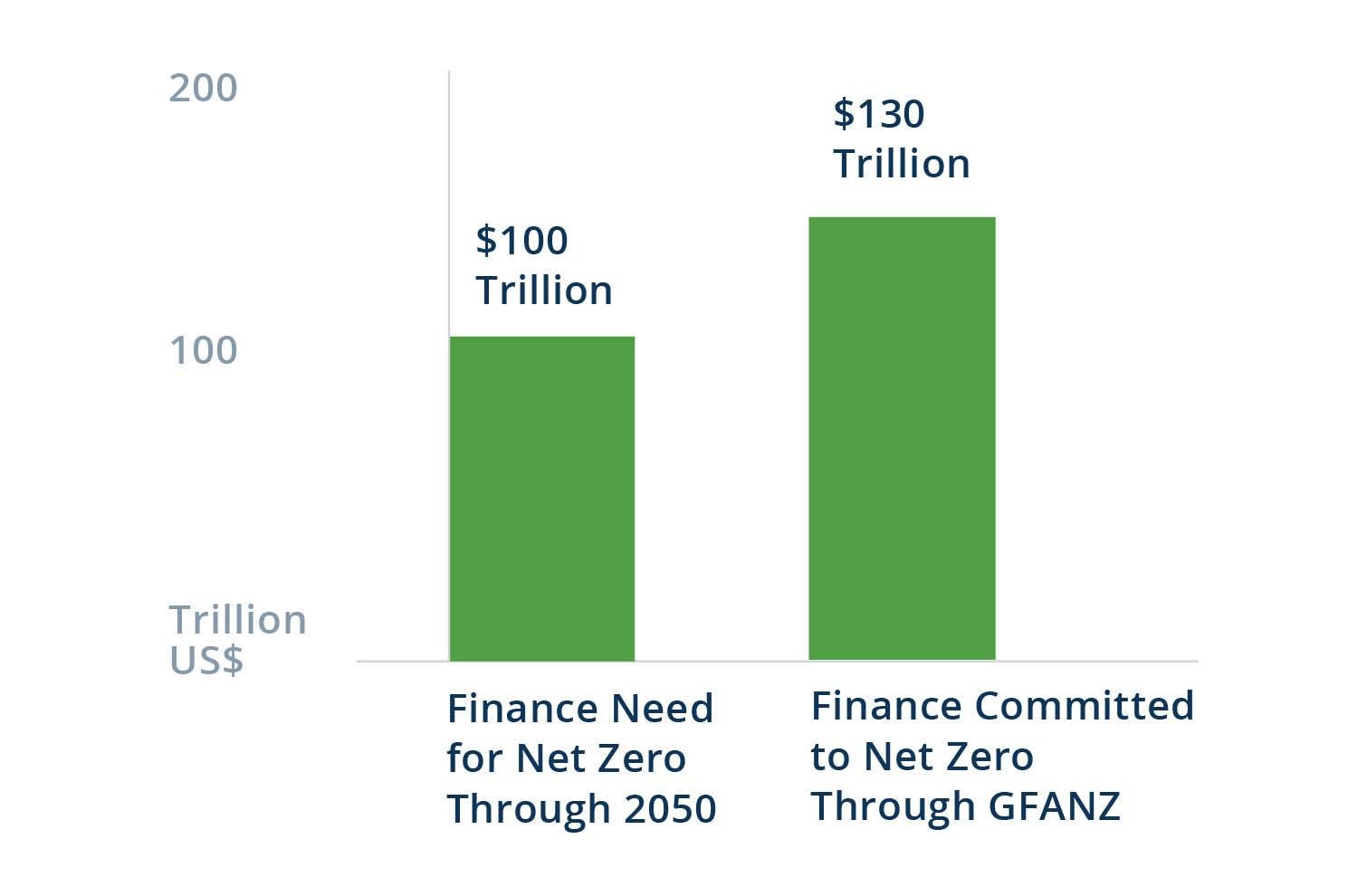 GFANZ members are also focused on near-term results by agreeing to target their fair share of the 50% greenhouse gas emissions reductions by 2030 that are needed to keep the world on track for 1.5˚C (see Figure 2). And within 18 months of joining, banks must also set out detailed sector-specific emissions reduction plans.

Figure 2: Ending the Tragedy on the Horizon

Investing in 50 Shades of Green

The process of transitioning high-carbon-emitting businesses to more sustainable operations will be a continuum, with companies moving across every shade of the spectrum from black to green. Enabling the transition to net zero means going where the emissions are, and then helping companies get on a path that brings those emissions down.

The best way for companies to make an immediate impact on their carbon footprint is greening the power they use in their businesses. This immediately addresses Scope 2 emissions, which are the indirect emissions from the generation of purchased energy. As companies implement these goals, they will need to source clean energy, often through power purchase agreement (PPA) contracts with renewable energy suppliers. In the U.S., for example, green corporate PPA volumes have grown eight-fold since 2016 (see Figure 3).

Carbon-intensive industries such as steel, cement, chemicals and others will need to partner with capital providers to decarbonize their operations. And electricity generators will need capital to enable them to shift from coal to gas, and from gas to renewables. Not everything can be green today, but every business needs to get on the path to being green in the future.

Figure 3: Demand for Corporate Green Power Is Stronger Than Ever

Decarbonization—from the country level to the company level to the financial sector—has accelerated significantly and is now a global imperative.

Over the past two years, the number of countries with net-zero commitments is up seven-fold. More importantly, the proportion of global emissions that are covered by those objectives has risen to almost 90%. This creates a massive economic opportunity, requiring significant capital and deep operating expertise. In bringing the future to the present—and building a financial system for net zero—global finance is positioning itself to land on the right side of history. 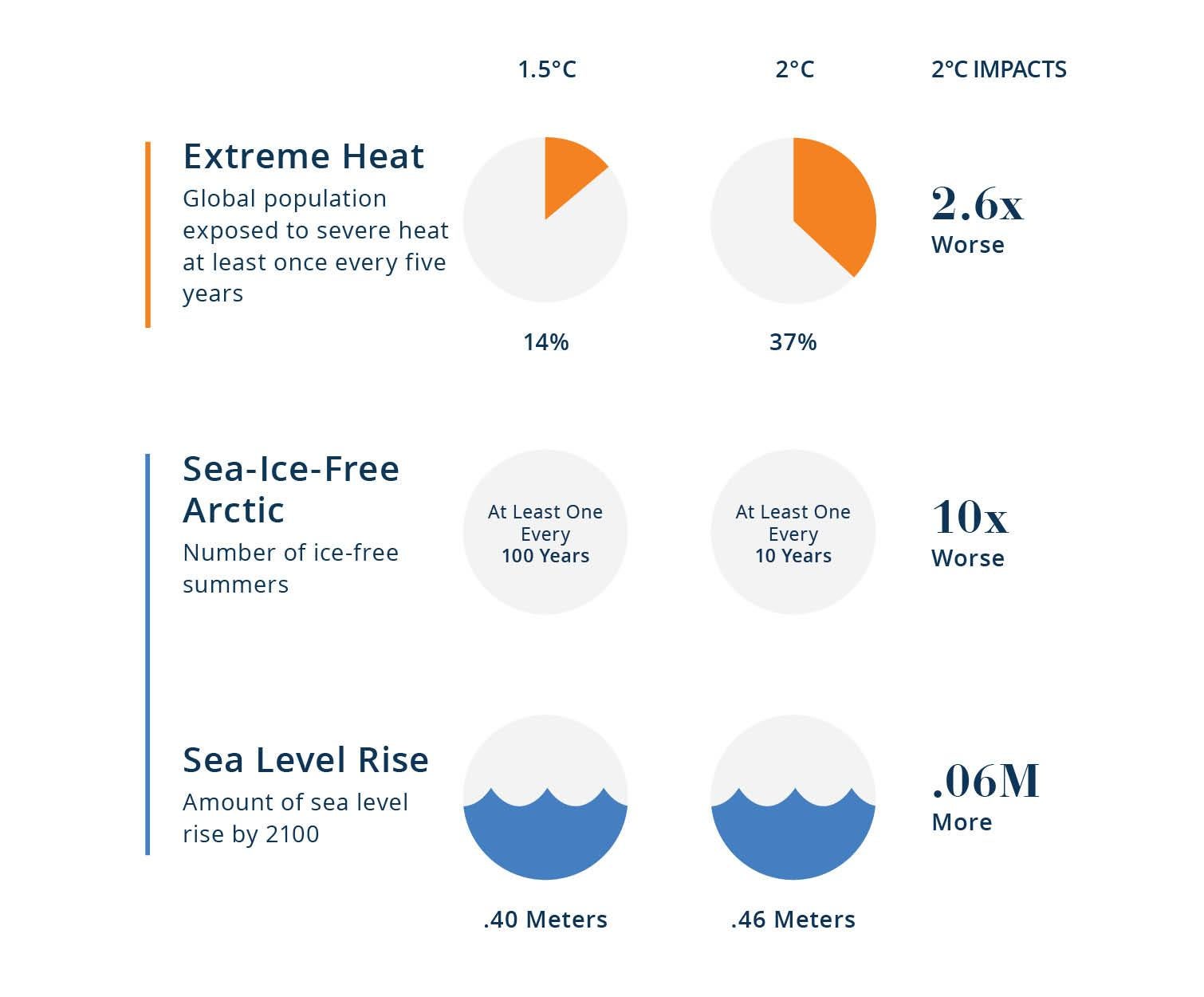 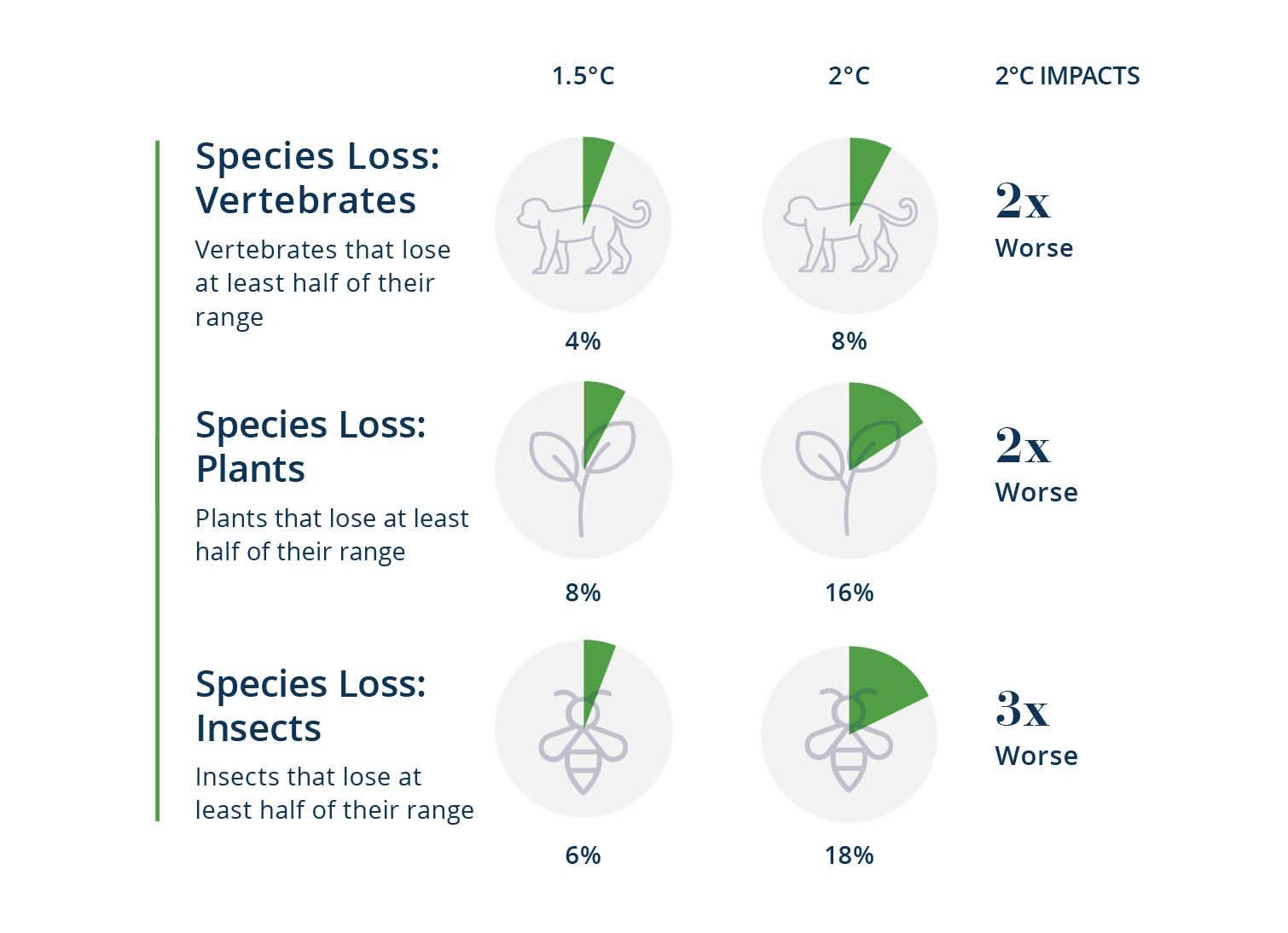 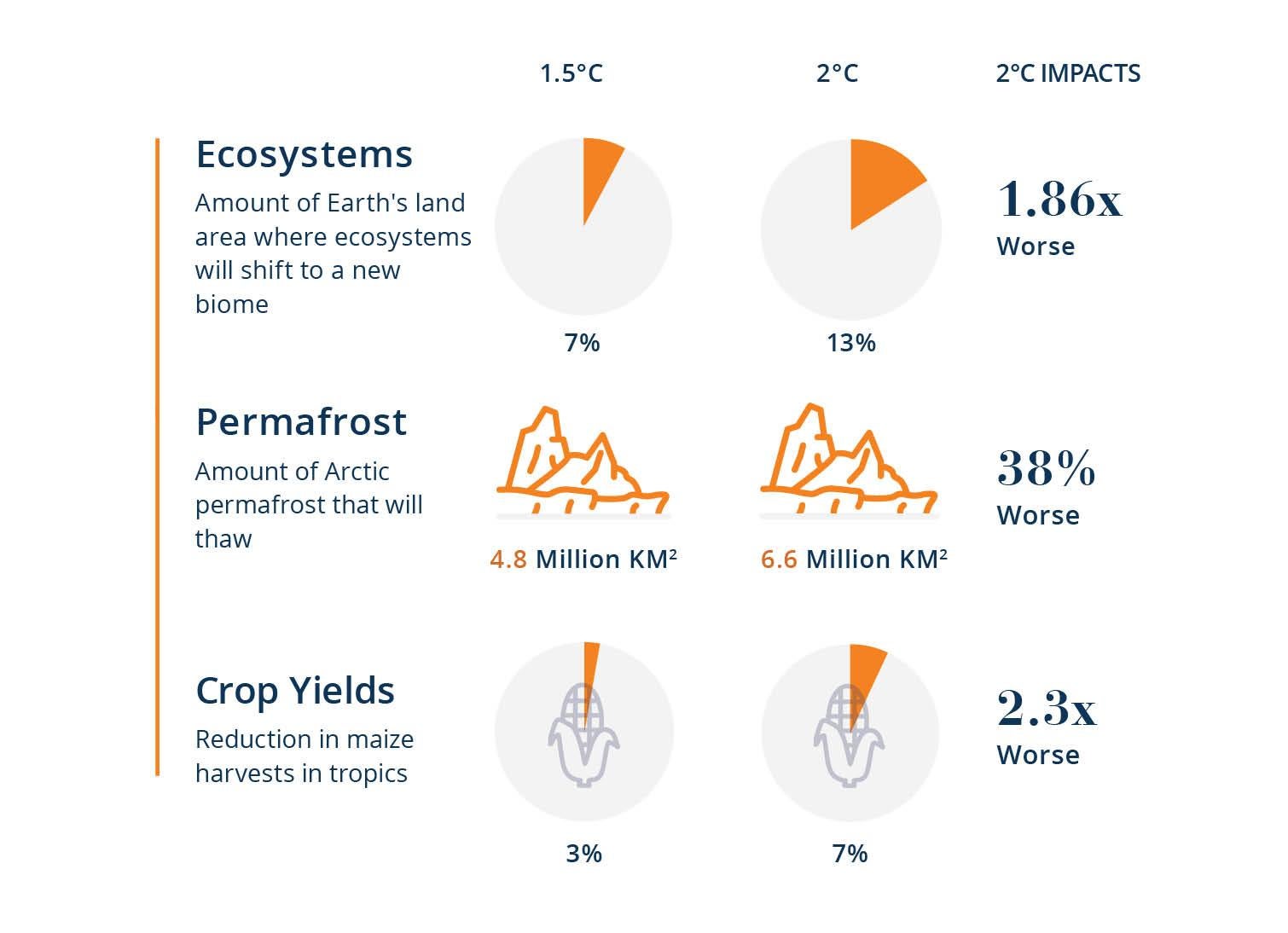 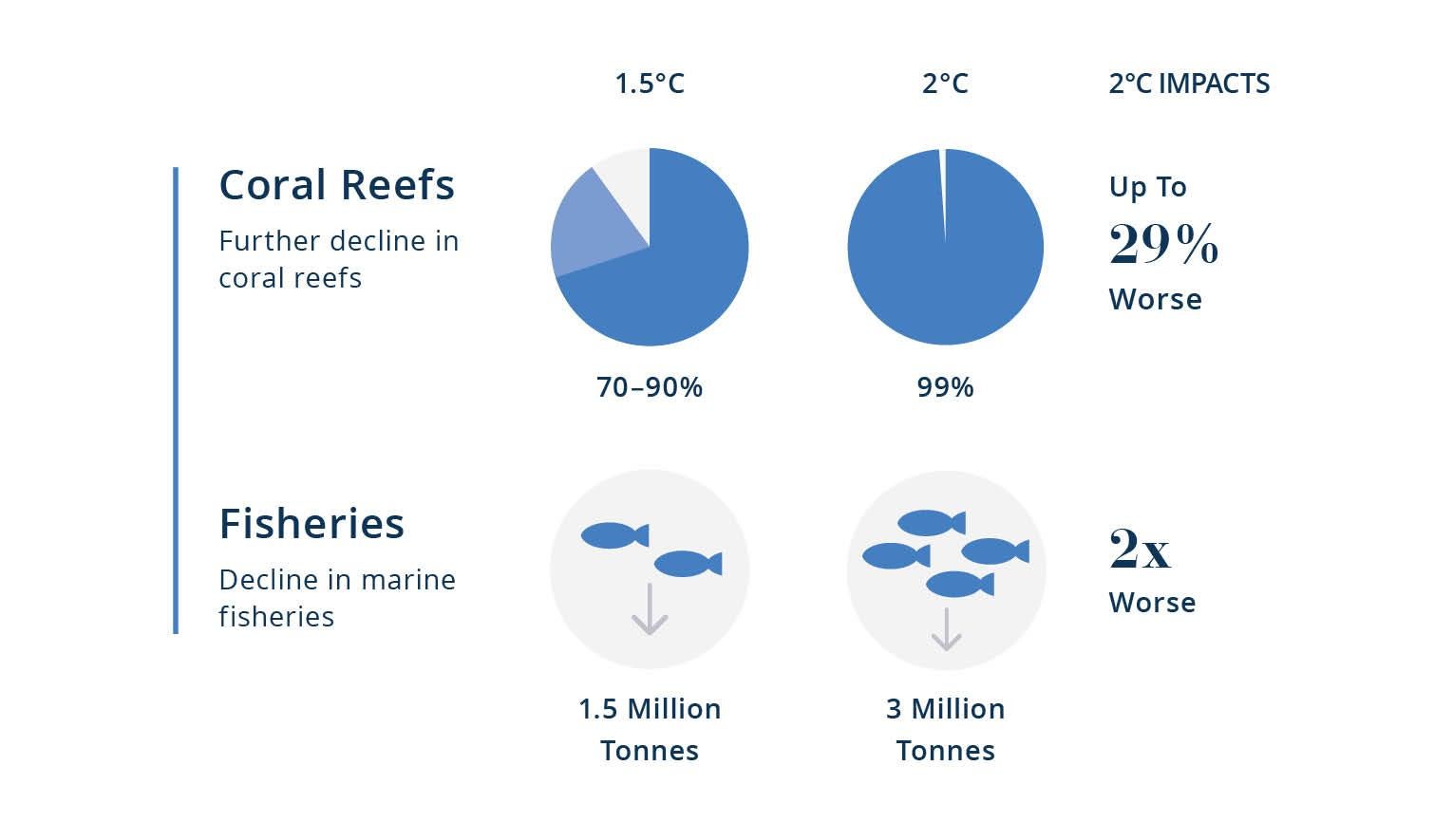 This commentary and the information contained herein are for educational and informational purposes only and do not constitute, and should not be construed as, an offer to sell, or a solicitation of an offer to buy, any securities or related financial instruments. This commentary discusses broad market, industry or sector trends, or other general economic or market conditions. It is not intended to provide an overview of the terms applicable to any products sponsored by Brookfield Asset Management Inc. and its affiliates (together, "Brookfield"). 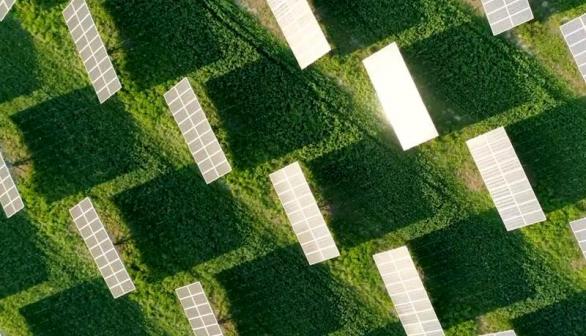 Video
Getting to Net Zero: A Global Opportunity 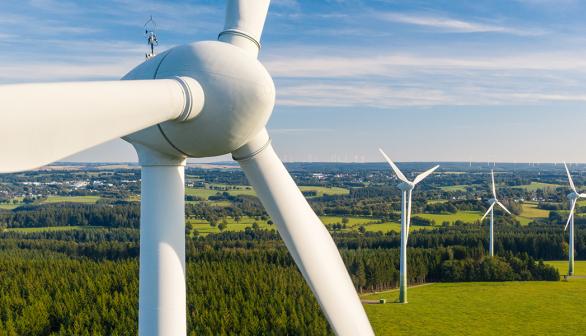 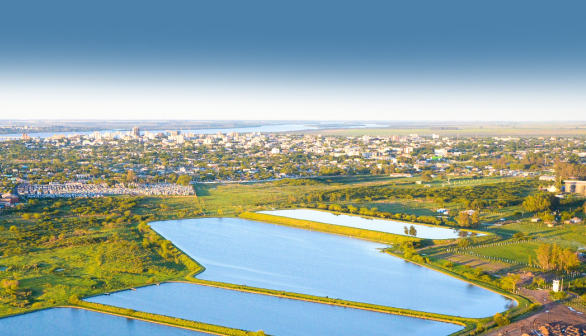